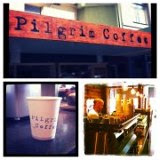 This Girl is a relatively recent frequenter of Pilgrim Coffee. Mostly because there are options closer to work. But with their variable standards, and a reason to find myself near the Royal Hobart one day, I stopped in at Pilgrim. And I haven’t looked back. 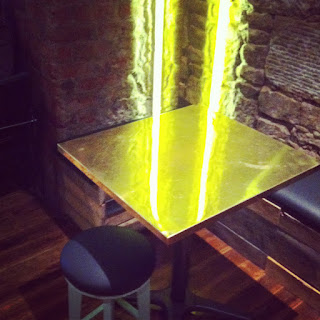 Pilgrim Coffee’s founder and the driving force behind the quality product and customer service that are Pilgrim’s hallmarks, is Mr Will Priestley.
He’s a man who takes his coffee quite seriously.
And quite frankly, it’s working for him. 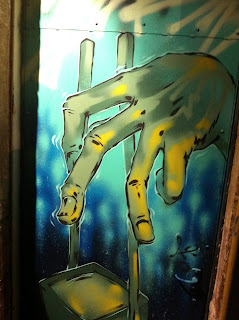 He’s also a man who takes customer service seriously, and it shows. His guiding principle: don’t just serve people, talk to them, and get to know them. See that? He calls his customers, 'people'.
Mr Priestley might just be on to something there.
Pilgrim Coffee is one of the best coffee establishments that Hobart has right now. They have a growing number of awards on display and a growing line of coffee-connoisseurs waiting patiently for their turn. Next please! 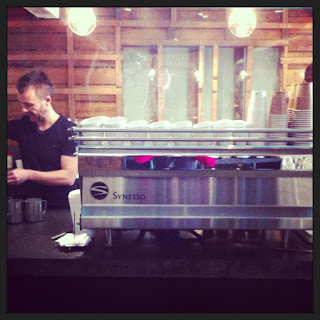 They offer a minimum of two coffee options each day: the house blend and a single blend from somewhere exotic. You’ll get the tasting notes delivered gratuitously and without unnecessary airs and graces when you drink your coffee in the cafe.
These guys are relaxed and professional at the same time. 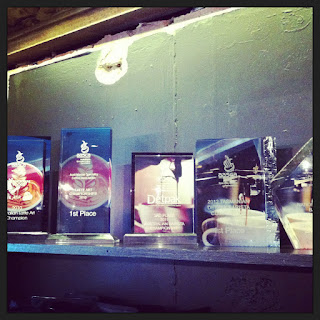 Pilgrim’s awards include 3rd in Australia at the 2010 World Barista Competition and 2nd in Australia in 2012. They’ve also rocked the house at the Latte Art Championships where they came 2nd in the world last year.

When your name is called to collect your takeaway, there is always someone ready to deliver it directly to you, whether you’re sitting on a stool staring into Argyle Street or playing with your phone over the newspapers. It’s the little something extra they give. 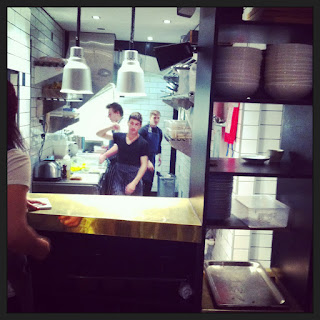 If you drink in, you may notice there’s no sugar on the table. That’s Will for you: good coffee doesn’t need encouragement, it’s already good. You can have it if you ask of course, no judgement.
Pilgrim Coffee has now expanded dog-leg into Liverpool Street. Look for - casual street seating and an interior of exposed brick walls, stripped bare of concrete, and timber ceiling beams. Find - an impressive all day menu on offer. Meet - 26 year old head chef Christian. It’s his first headlining gig but he has some serious credentials: Taxi in Melbourne, Gordon Ramsay’s restaurants and Source here in Hobart. He's doing just fine.
Pilgrim has seriously lifted the bar on Hobart's breakfast menus. You’ll find a little bit of difference on this menu: from one of Christian’s mum’s breakfast faves, the 'Placki', to Paleo options. Paleo, I’m told is a new way of old eating, like the cavemen; a diet without the grains and pulses that are apparently causing all sorts of inflammation in modern living. Check it out here.
My breakfast friend for the day is BIG on Paleo and chose the slow cooked eggs, greens and mushrooms. Crisp fried pieces of kale in the mix were a nice touch and provided texture and the mushrooms were pretty tasty. 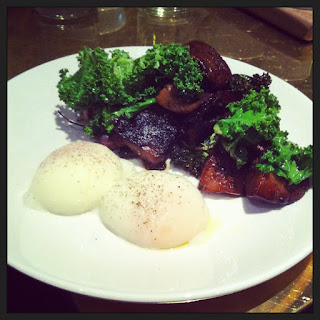 I on the other hand, chose the beans and pulled pork, guacamole and toast. That’s my favourite way to eat, and it was seriously de-lish!! 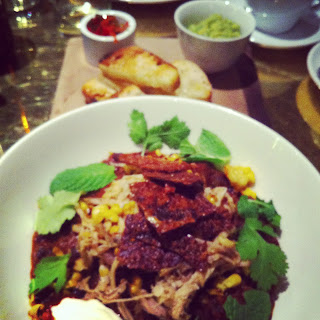 Will puts his money where his mouth is and comes out from behind the coffee machine and meets his customers.

It’s pretty clear that Will is in the industry to stay. He started in Agricultural Science and was happy until he learnt that to realise his dream of a bulb farm, he’d need to be bankrolled around $5 mil. He’s not squatocracy, so he went looking for something more achievable. Will’s a talker and one day he found his way into Hudsons where he started learning coffee. He’s gone from strength to strength since then. 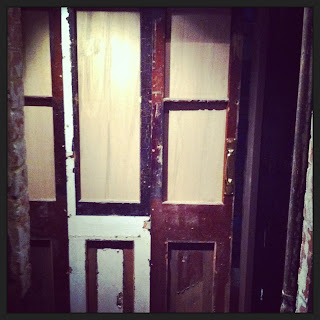 He earnestly claims the success of Pilgrim is a team effort. Seriously Will, you’re too wholesome for words. Great coffee, great customer service, great food and a great ethos, lived in this little Hobart establishment each day.
Go check it out and definitely make the time to have something to eat. Find them on Facebook here.